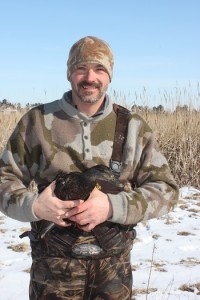 John is the Executive Director of the Winous Point Marsh Conservancy in Port Clinton, OH where he oversees wetland and waterfowl research and conservation projects in southwest Lake Erie.  John is originally from Barrie, Ontario, Canada and received both a undergraduate degree in Wildlife Biology and graduate degree in Zoology at the University of Guelph, Ontario.  Prior to Winous Point, John spent several years working with Ducks Unlimited in Ontario and the US Great Lakes on research projects looking at breeding ecology of Mallards in the Great Lakes region. 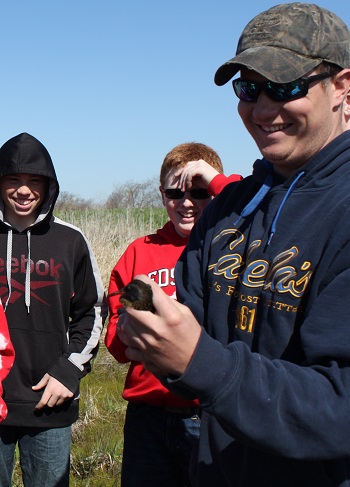 Brendan is the Research Coordinator for the Winous Point Marsh Conservancy responsible for overseeing a wide variety of research projects on site from aquatic vegetation sampling to king rail trapping and telemetry. Brendan originally hails from northwest Ohio and received his undergraduate degree from Ohio State University and Master’s degree from Michigan State University both in Wildlife Management. Before joining the Winous staff, Brendan served as an aerial survey coordinator for Michigan State University and the Michigan DNR conducting and analyzing pelagic bird surveys on Lake St. Clair and Lake Erie.

Jess is a Research Technician at the Winous Point Marsh Conservancy. She is originally from New Jersey, and attended Delaware Valley University in Pennsylvania, where she graduated with a degree in Wildlife Conservation. Jess has worked in wetlands as a field technician since 2016, travelling to Florida, Illinois, California, and now Ohio. She assists with graduate research projects at WPMC, in addition to banding waterfowl and helping with the common tern nest monitoring project for the ODNR.